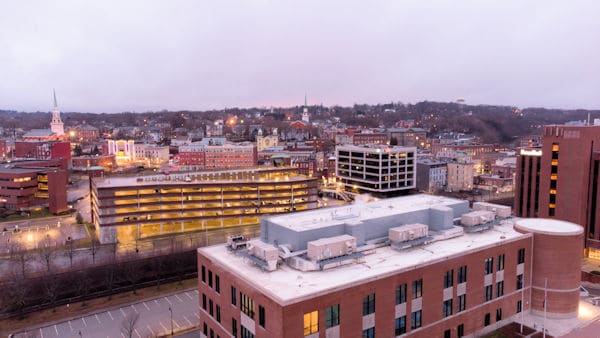 The city of Bangor

Bangor is the last major city on the trek up to Northern Maine. It has 33,000 residents, making it the third most populated city in the state. It’s noticeably less busy than Portland, which has about double of Bangor’s population, but still has all of the same big-box stores and chains. It’s a unique, historical city that still feels homey and suburban—perfect for those who want some city living features while still being in a low populated area.

The area of Bangor was first occupied by the Penobscot tribe for over 11,000 years before it was settled by Europeans. The area was first known as Norumbega, then Sunbury, then finally as Bangor in 1791. Its industrialization began in the early 19th century as it swiftly developed into a lumbering port. Bangor was covered in vast, almost unending amounts of trees that had to be cut down. The Penobscot River was wide and long, and it began to be utilized for log driving. This turned Bangor into a boomtown practically overnight. By 1830, the city had over 300 sawmills. Bangor soon earned the title of “Lumber Capital of the World”, due to the sheer amount of lumber it was producing and selling all over the world.

Eventually paper production replaced lumber, but even that development slowed. The number of lumber and paper mills left in the state has dwindled over the years due to low business. Today, Bangor’s economy is driven more by the healthcare and financial industries. This includes large employers in the area like Bangor Savings Bank, Northern Light Eastern Maine Medical Center, Acadia Hospital, and St Joe’s.

Bangor is a regional center for higher learning in the state, with a number of colleges and universities calling it home. Here are some of the schools in the greater Bangor area:

With a small student enrollment count of approximately 3,500, Husson University is usually not the first thing that comes to mind when people think of Bangor. It’s a little university with big opportunities. Husson students can choose their major from a total of over 100 undergraduate, graduate, and professional programs combined. Husson has an extensive campus with four residence halls for students to live in. It’s conveniently located shortly off of Union Street, near both a Concord Coach Lines bus terminal and the Bangor International Airport. This makes it easy to travel to and from there.

EMCC has a spacious 72-acre campus with about 1,700 students enrolled. The college has over 30 degree programs and offers a more intimate learning experience than large universities, and for less money too. It’s located off of Hogan Road and near I-95, within just a mile of the Bangor Mall, Walmart, and many chain restaurants.

University of Maine at Augusta

It sounds confusing, but yes—the University of Maine’s Augusta campus has an alternate campus location in Bangor that’s abbreviated as UMA Bangor. Similar to EMCC in its student to land ratio, it has an undisclosed but small number of enrolled students and a 43-acre campus. They have over 40 degree programs, from associate to baccalaureate and beyond.

Entertainment and Attractions in Bangor

Bangor has a wealth of entertainment opportunities. Whether you want to visit a tourist attraction, do something outdoors, or try a new restaurant, Bangor has something of interest for you. Countless more activities are available in the area. Here are some of the most popular and notable entertainment venues in Bangor.

This large and impressive casino is one of just two in the state. It has a combined hotel and horse racing track. The hotel has a large number of beautiful rooms to stay in, perfect for visitors to the area who are coming for the gambling. The casino has about 800 slot machines and 14 tables for games. Inside the casino is Hops House 99, a great restaurant that’s open to the public—no gambling or hotel room required. 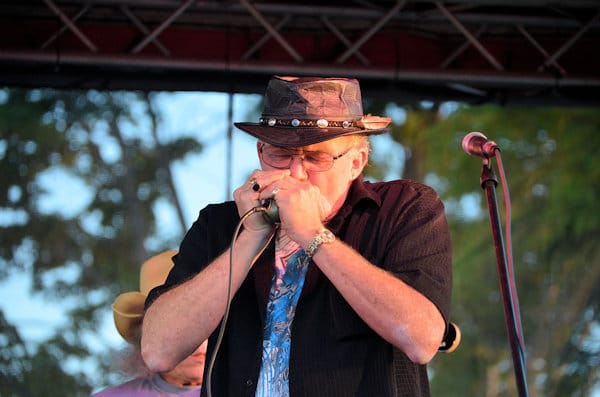 This outdoor amphitheater venue hasn’t been around long, but over the past decade has hosted popular artists such as Ed Sheeran, KISS, and Arcade Fire. Country singers have been especially popular at this venue, with famous singers Luke Bryan and Kenny Chesney having performed there multiple times. Darling’s Waterfront can accommodate up to 15,000 concertgoers.

The Bangor drive-in theater has been around for decades, but was shut down after 35 years. After another 30 years and a resurgence of popularity in drive-ins, it reopened in 2015 and has since been running successfully. Families, friends, and couples alike enjoy the intimate yet communal experience of watching a movie at an old-school drive-in.

Bangor Muni is a 27-hole golf course that is open to the public for people of all ages. It offers Junior Golf programs for kids, private lessons for anyone, and leagues and tournament competitions for members of the Bangor Golf Association. After you play a round of golf, walk over to Hero’s Sports Grill on the same lot for a delicious lunch of pub food and pizza.

Cross Insurance Center is a multi-purpose arena, capable of holding 5,800 seated guests or 8,500 concertgoers. In 2013, it replaced Bangor Civic Center and Bangor Auditorium and now exists as a combination of the two for event purposes. It has hosted concerts, sports events, conventions, and large events like the yearly Maine Harvest Festival. If you’re lucky enough to be in the area when an event takes place, check out the new and impressive venue. Or just stop by to see the famous 31-foot tall Paul Bunyan statue in front and take a picture with him. 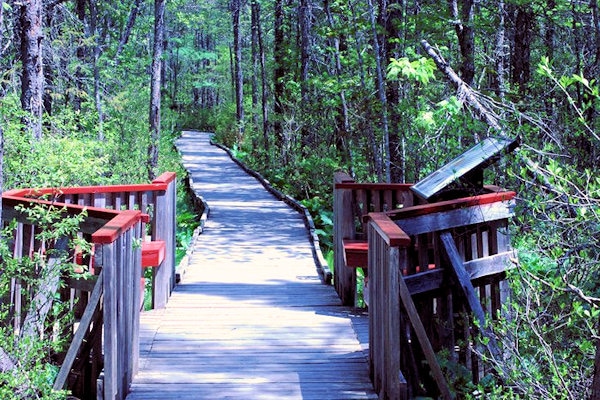 If you’re up for some easy, casual hiking, go to the Bangor City Forest. Located right across the border from Veazie, it’s not far off the beaten path. Its 650-acre forest and 10-mile trail system, however, make you feel secluded and far away. You can walk or bike on the trails, and go on the cross-country skiing trails in the winter. Also worth checking out there is the Orono Bog Walk, which is a short, 1-mile long boardwalk on a bog that weaves through both the Bangor City Forest and the town of Orono. It takes you through some greenery to a boarded walking path across the flat bog. There, you get an uninterrupted, picturesque view of the sky and the surrounding nature.

One of the most well-known attractions in Bangor is the popular horror novelist’s Stephen King’s house. His endless collection of scary stories are mostly set in Maine, where he was born and lived for many years of his life. One of his three houses is in Bangor. It’s a tall, red mansion with wrought iron gates that have a spider web pattern. Many tourists and fans like to drive to his spooky-themed house on Broadway and take their picture in front of the gates.

There are many special spots in Bangor to get a meal for all taste buds and appetites. Here are some of the most outstanding restaurants in the area, based on originality and exceptional ratings.

This charming, upscale American restaurant has an original and creative menu that changes with the seasons. They source their ingredients locally, and grow their own produce in the summers. The menu and dining room make it clear you’re in a nice place, but the environment is not at all stuffy or full of strict formal etiquette. The owner competed on the TV show Chopped in 2020, a testament to her culinary talent.

Timber Kitchen and Bar is in the downstairs of the Residence Inn at the Marriott in Bangor. It’s open to everyone, but the hotel is worth staying at too. Like the name suggests, this restaurant has mostly wooden log and panel décor inside with red plaid accents, resembling an abstract lumberjack. It has an extensive bar and large menu at all price points—you can get a great hamburger or a nice cut of ribeye, both equally high in quality.

Dysart’s Restaurant on Broadway is a Bangor classic that’s been around for over 50 years. Both a restaurant and a truck stop (but not at this location), travelers and Mainers love to come to this diner for a meal of homemade comfort food. They serve lunch and dinner, breakfast all day, and have homemade pies for sale too.

Bangor is a rich city with so much to do that it can barely be summed up in one article. Visiting makes for a better experience than just reading! Stay in one of the many hotels and motels of Bangor and begin your own exploration of the Queen City.

The Queen City was formerly a major player in the timber industry—hence the 31-foot statue of Paul Bunyan (purportedly the largest in the world) overlooking the plaza in front of the Cross Insurance Center. But [...]

While not a seaside city per se, Bangor is no slouch in the seafood scene—especially when it comes to spectacular lobster rolls. Being the third-largest city in the state of Maine means there’s a certain [...]

I love going out to eat, no matter which meal it’s for…but there’s a special place in my heart for dining out for breakfast. And—for that first meal of the day, anyway—I’m not super picky [...]

One of the many things I’ve learned about myself is that despite my claims otherwise, I like ALL kinds of pizza. Yeah, sure, I may have preferences—but when push comes to shove, if you hand [...]

Known as “the Queen City of Maine,” this third-largest metropolis in the state is a family-friendly, quintessential New England hub of ongoing revitalization. Formerly a logging city (hence the enormous Paul Bunyan statue on Main [...]

Tom Bard, the creator of the podcast Big Time Hoops, started the project as a way to talk to local idols. Now, this former Fort Kent resident’s podcast has become a celebration of all things [...]